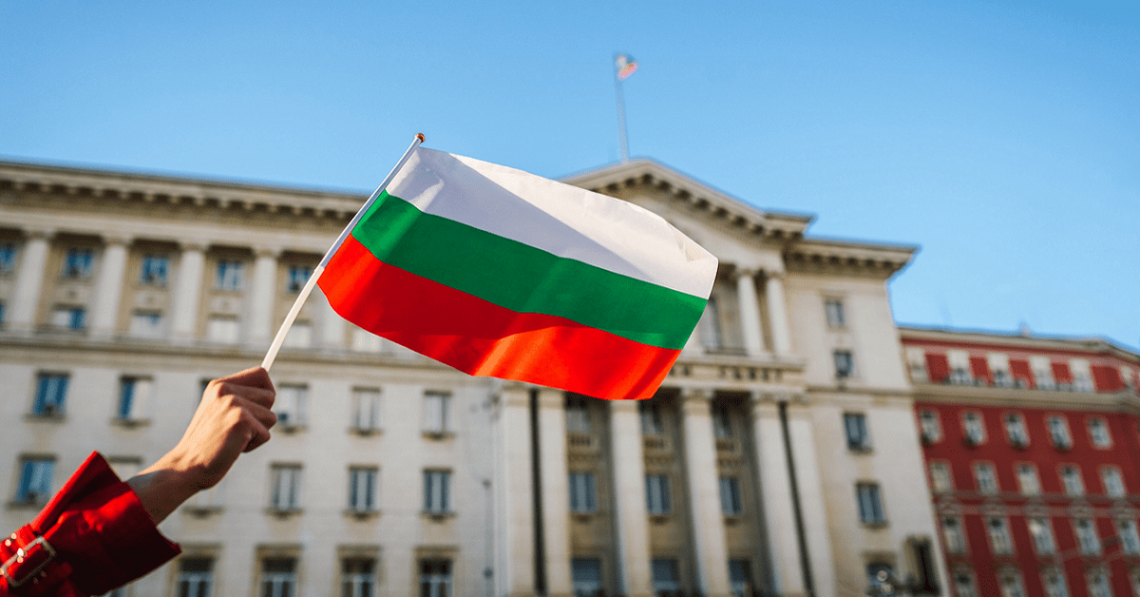 Why invest in Bulgaria? In the course of the posts we have published so far on this blog, we have always tried to give you our (privileged) point of view on business opportunities in Bulgaria, a point of view developed starting from our knowledge of the territory and of the (Italian and not) who are there.

Today, with this post, we want to give you a more institutional opinion, that of Giuseppina Zarra, Ambassador of Italy to the diplomatic office in Sofia. The interview was collected by the Italian Ministry of Foreign Affairs and here we propose it in its entirety.

Italy and Bulgaria boast very solid relationships and an important presence of Italian companies in the country South Eastern Europe. What prospects are there for an increase in trade?

Bulgaria is a country traditionally very close and linked to Italy by consolidated economic relations. Historically, too, relations between the two countries have always been characterized by the presence of profound ones bonds of friendship and commonality of interests. In addition to cultural ties, Italy has acquired more and more weight also from an economic and commercial point of view, establishing itself as one of the main partners of Bulgaria. With an overall trade in 2020 of 4.09 billion euros, Italy has indeed confirmed itself fourth trading partner of the country, preceded only by Germany and neighboring Turkey and Romania. Italy is now also one of the main foreign investors in the country (we are in fourth place after the Netherlands, Austria and Germany) with a steady growth in the number of Italian companies present, increased by more than 300 percent in the last 10 years and now number almost 12 thousand companies with Italian participation, of which over one thousand with a turnover exceeding 200 thousand euros. The Italian companies also contribute to the creation of over 50,000 jobs in the country. The presence of Italian companies on the Bulgarian market concern both large groups (among others Generali, Miroglio, Rigoni di Asiago, Unicredit-Bulbank), both small and medium-sized enterprises, engaged in a large number of sectors: textiles, energy production (in particular renewables), metallurgy, transport, manufacturing, infrastructure, environment and financial services.

However, the growth potential of relations between the two countries is still great and ready to be fully exploited. In fact, Bulgaria offers one of the most favorable tax rates at European level (flat tax at 10 percent) and one of the lowest labor costs in the EU context. The two things together are making Sofia a dynamic European capital thanks to the proliferation of service centers and administrative offices of the main international economic realities that increasingly choose the Bulgarian capital as the location for their offices. Furthermore, the country's geographical position, in the heart of the Balkans, makes it a strategic hub for energy infrastructures and connection routes to Asian markets and along the north-south directives. Furthermore, according to the most recent data from the Bulgarian Institute of Statistics, the country's GDP would record a decrease of -1.8 percent for the first quarter of 2021 compared to the same period of 2020 and a growth of +2.5 per cent, compared to the fourth quarter of 2020. The most significant decline in GDP in the first quarter of 2021 is related to the culture and entertainment sector (-7.3 per cent) and the mining, manufacturing and energy production industry (- 6 percent).

What have been the effects of the Covid-19 pandemic on the economic fabric of Bulgaria and what initiatives have the Bulgarian authorities taken?

In order to contain the spread of the Covid-19 pandemic, the Bulgarian authorities have introduced the state of health emergency from March to May 2020, with relatively lighter measures when compared to other European countries in that same period. The first wave of the pandemic from Covid-19 was more contained in Bulgaria than the average in the EU, for several reasons, including the low population density, the prior closure of schools due to the flu epidemic, the distance of the country from the main tourist routes and the absence of international transport hubs passengers.

Following the easing of the measures after spring, in the summer of 2020 it was witnessed a steady increase in cases. The second wave hit the country severely, especially in the months of October and November 2020. The Government has therefore re-introduced more measures severe at the end of November 2020, subsequently removed only in the spring of 2021. Before pandemic, a series of structural reforms, the successful integration of manufacturing companies Bulgarians in global production chains and solid macroeconomic policies had resulted to a five-year GDP growth of more than 3 percent (+3.7 percent in 2019), to a rapid increase in real wages and a fall in unemployment to historic lows. The pandemic and the related measures to close economic activities combined with the slowdown in the global economy and the eurozone, however, have also had serious repercussions in the country. To contain the effects Economic problems of the health emergency, the Bulgarian government has introduced fiscal stimulus measures, estimated between 2.4 and 2.5 per cent of GDP for 2020 and 2021. This made it possible to contain job loss, to focus more resources on the health sector and to alleviate the financial pressure on the most affected companies and on families.

Strict budget management it also provided Bulgaria with enough fiscal room for one first emergency response to the crisis. In fact, a positive balance of the budget was reported in 2019 public debt (1.9 percent of GDP) and one of the lowest public debt in the eurozone (equal to 20.2 per percent of GDP in 2019). Among the main measures introduced by the Bulgarian government, there are in particular the 60/40 salary support program which provides grants to cover 60 percent wages, including social security, by the state for workers in companies in the sectors most affected by the crisis, including: tourism, catering, transport, private education, sports and others. The government it also ordered provisions in favor of workers and families for the provision of subsidies in favor of hiring new employees from among the unemployed; for the increase in wages in the sectors health, social and public order management; for the increase of all pensions; for the reduction of the VAT rate from 20 percent to 9 percent for the catering sectors (excluding catering), products for children, publishing and books, sports / fitness training, travel and tourism. With regard to businesses and economic activities, the Executive has ordered the increase of capital of the Bulgarian Development Bank, for the purpose of securing guaranteed or conditional loans preferential rates for individuals on unpaid leave and for businesses, through programs of the bank or contracts with other commercial banks. Programs with European funding aimed at supporting SMEs in the affected sectors, with grants worth 1,000 to 150 thousand Bulgarian levs. For the sectors particularly affected (catering, sports / leisure activities, cinema, private education), on the other hand, ad hoc grant programs and subsidies have been arranged. Finally, a fund dedicated to support for freelance artists has been set up, in the form of projects and subsidized financing.

What are the priority objectives of the Sofia authorities in the context of the Recovery Plan and which sectors of the Bulgarian economy can see a greater presence of companies Italian?

Bulgaria is today among the very few EU countries that have not yet formally submitted its National Recovery and Resilience Plan to the Union Authorities, due to the complex political moment that is going through. Following the parliamentary elections last April and to those of July 2021 in fact the parties have not yet been able to establish a government and the Country is currently led by a transitional technical executive. However, aware of more and more imminent urgency to present the Plan, the Bulgarian authorities have in recent months drawn up a draft program in close coordination with the Community institutions. As for all EU countries, the main purpose of the Plan will be to restore momentum to the national economy by providing the sectors the necessary resources are most affected by the economic consequences of the health emergency for a rapid, sustainable and lasting recovery. The massive resources that will be mobilized. However, the plan will also provide an important opportunity to intervene in those sectors of the country which are more critical and therefore offer greater potential for growth and development. The most updated draft of the Plan provides in particular for the introduction, on the Italian model, of 8 billion levs (about 4 billion euros) of national co-financing next to 12.6 billion of lev of European funding. The Plan provides for 57 investments and 43 reforms, with particular attention to the "Business climate" and "Decarbonization of the economy" components. The Plan drawn up by the Sofia authorities envisages in particular four pillars, which are linked innovation, green policies, digitization and infrastructure and finally social cohesion, with interventions also in the medical and health sectors. The draft plan can offer ample space for collaboration for Italian investments. In fact, I am convinced that Italian companies can bring significant added value to the development of the country and that the Plan itself will constitute once defined a unique opportunity in terms of mobilizing resources for our economic realities in the area. This cooperation could also bring a net benefit to the country, in particular in the energy sector, where the inevitable energy transition that should progressively alleviate can begin Bulgaria from dependence on coal and gas thanks to greater diversification of energy supplies and the development of renewable energies. Also the infrastructure sector and transport will be central, in order to build a network of modern connections that encompass also the Ports on the Black Sea of Varna and Burgas, today still inadequate to manage commercial traffic that aspires to reach the potential connected to the completion of the European TEN-T Corridor n. 8, from the Black Sea to the Adriatic. Finally, in the area of digitization, bilateral collaboration could allow a qualitative leap in the provision of services and in the functioning of the Public Administration. These are precisely the sectors at the heart of the Bulgarian PNRR and in relation to which there are numerous Italian companies of excellence that could provide their own contribution to the development of the country. 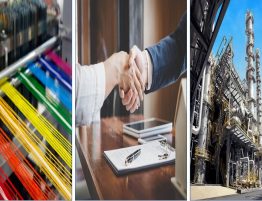 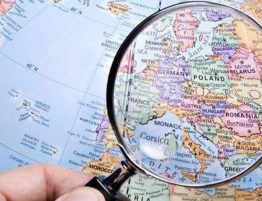 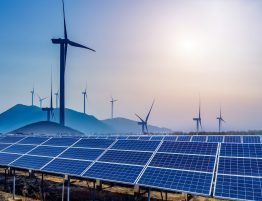 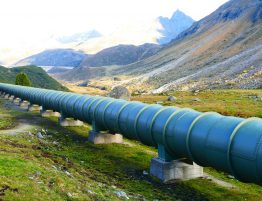 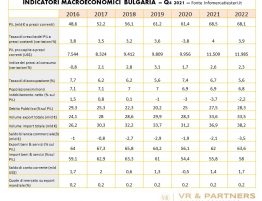 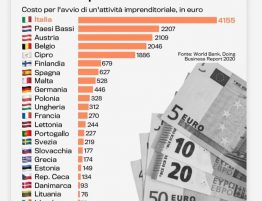